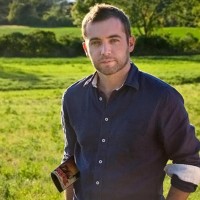 The ‚fearless journalist‘ is credited with exposing Gen. Stanley McChrystal in a piece that led to the end of his military career. Hastings wrote for Rolling Stone magazine and BuzzFeed, and his employers expressed deep regret at his death Tuesday in Los Angeles.

Hastings‘ groundbreaking reporting on Gen. Stanley McChrystal’s candid criticism of the Obama administration is credited with ending McChrystal’s military career and earned him a 2010 George Polk Award. He was 33.

The Rolling Stone and BuzzFeed reporter is being remembered by many of his colleagues as an unfailingly bright and hard-charging reporter who wrote stories that mattered.

Paul Morigi/Getty Images for The Guardian

Hastings, seen in early 2012, earned a 2010 George Polk Award for his reporting on Gen. Stanley McChrystal’s criticism of the Obama administration which ended McChrystal’s military career.

„Michael was a great, fearless journalist with an incredible instinct for the story, and a gift for finding ways to make his readers care about anything he covered from wars to politicians,“ said Ben Smith, BuzzFeed’s editor-in-chief who described colleagues as devastated by the loss.

Smith said he learned of the death from a family member.

Hastings was killed in a fiery car crash in Hollywood, California in the early hours of  Tuesday morning.

Around 4:15 am witnesses say Hastings‘ vehicle collided with a tree in the Hancock Park neighborhood of Los Angeles.

Authorities reported that the fiery crash killed a man, but coroner’s officials could not immediately confirm whether Hastings was the victim.

„I was just coming northbound on Highland and I seen a car, like, going really fast and all of a sudden I seen it jackknife,“ witness to the scene, Luis Cortez, told KTLA.

Authorities reported that a single passenger inside this vehicle had died but that their identity couldn’t be immediately determined.

Another neighbor described hearing a huge explosion drawing him and several others outside their homes.

One man was seen using a watering hose in his best efforts to stifle the engulfing flames.

In a terrifying display around 4:15 am witnesses say his vehicle collided with a tree in the Hancock Park neighborhood of Los Angeles before bursting into flames.

The vehicle’s engine ejected 50 to 60 yards from the scene before landing near a telephone pole, according to neighbor and film maker Gary Grossman who said he couldn’t have written a scene like this for a movie.

At a Pentagon ceremony for his subsequent retirement in 2010, McChrystal made light of the episode in his farewell address.

Residents woke to the explosion outside their homes, with at least one man seen trying to stop the flames with a watering hose.

The four-star general warned his comrades in arms, „I have stories on all of you, photos of many, and I know a Rolling Stone reporter.“

When he died, Hastings was also a contributing editor at Rolling Stone, where Managing Editor Will Dana was quoted Tuesday saying Hastings exuded „a certain kind of electricity“ that exists in great reporters whose stories burn to be told.

A small bouquet of flowers lies next to a charred tree and glass fragments on Highland Avenue where Hastings, who had additionally worked as a war correspondent in the Middle East, tragically lost his life.

„I’m sad that I’ll never get to publish all the great stories that he was going to write, and sad that he won’t be stopping by my office for any more short visits which would stretch for two or three completely engrossing hours,“ Dana said.

Hastings was also an author of books about the wars.

„The Operators: The Wild and Terrifying Inside Story of America’s War in Afghanistan“ was published late last year and details shocking exploits of the military overseas.

In 2010, with the publication of „I Lost My Love in Baghdad,“ Hastings told the story of being a young war correspondent whose girlfriend dies in Iraq.