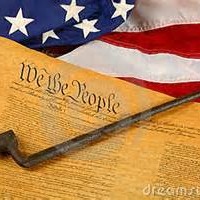 EU-US trade deal to include ‚corporate bill of rights‘

SPECIAL REPORT / Controversial rights for multinational corporations to sue states, likely to be included in the Transatlantic Trade and Investment Partnership (TTIP), are causing a political headache for EU and US negotiators, but may also set a precedent for future trade agreements, notably with China.

The European Commission’s proposal for investor-state dispute settlement under the TTIP would enable US companies investing in Europe to by-pass European courts and directly challenge governments at international tribunals, whenever they find that laws in the area of public health, environmental or social protection infringe their right to do business.

EU companies investing abroad would have the same rights in the United States.

„Politicians might think they are acting in the interests of ‘their‘ investors overseas, but they are in fact exposing themselves to predatory legal action from corporations,” according to NGO Corporate Europe Observatory’s Pia Eberhard, who wrote a report on the issue, „A Transatlantic Corporate Bill of Rights„, in June.

Co-authored with the Transnational Institute (TNI), Eberhardt’s report warned that the volume of transatlantic investment, with both partners accounting for more than half of foreign direct investment in each others‘ economies, hints at the sheer scale of the risk of such litigation wars.

„Not only will our money go to pay for expensive lawsuits that compensate big business, but we will also pay as critical environmental and social regulations and policies are dismantled to clear the way for corporate profiteering,“ according to a TNI spokesperson.

Of some 514 known investor-state disputes launched before the end of last year (2012), the lion’s share have come from the US (123 cases) and European countries such as the Netherlands (50), the UK (30) and Germany (27), showing that they are familiar with the procedure.

EU and US companies have used these lawsuits to challenge energy and medicine policies, anti-smoking legislation, bans on harmful chemicals and environmental restrictions on mining, amongst other sectors.

For example, in 2012 Swedish energy giant Vattenfall launched an investor-state lawsuit against Germany, seeking compensation of €3.7 billion for lost profits related to two of its nuclear power plants, following the German government’s decision to scrap its atomic generators in the wake of the Fukushima scare.

Business groups in both the EU and US – such as the European employers‘ federation, BusinessEurope, the US Chamber of Commerce (AmCham EU), the Transatlantic Business Council – are all broadly in favour of such a clause.

Many MEPs are expected to disagree with such provisions if they appear in drafts of the agreement. The European Trade Union Confederation (ETUC) has issued a note to the negotiating parties arguing against the clause.

“Considering that both parties are advanced economies with well-developed legal systems, the ETUC sees no reason to create a by-pass to national courts for foreign investors, and therefore insists that a state to state dispute settlement mechanism and the use of local judicial remedies are the most appropriate tools to address investment disputes,” ETUC argued.

Opposition in the US as well

Resistance is also coming from the United States. For example The Sierra Club – the US grassroots environmental organisation with hundreds of thousands of members – also strongly opposes the inclusion of investor-state dispute settlement in the TTIP.

“It is worth noting that the US, in its negotiations of its Free Trade Agreement with Australia, did not insist on including any direct investor-state dispute settlement mechanism because of ‘the fact that both countries have robust, developed legal systems for resolving disputes between foreign investors and government’,”  according to a spokesman for the Sierra Club.

Josh Kallmer, a counsel in Crowell & Moring’s international trade group based in Washington, believes that the clause will and should be adopted in due course, even if it triggers “a significant a political battle”.

China on their minds

According to Kallmer, corporations are unlikely to want to substitute the legal systems on both sides of the Atlantic.

Instead the former deputy assistant US trade representative for investment – who played a central role in developing US investment policy in relation to the European Union – said that both blocs are looking to future agreements with countries such as China where such a clause would be very useful.

“The TTIP is being considered a gold standards of future agreements, and will be used as a blueprint for future deals,” Kallmer said.

„Investment treaties inside or outside trade agreements we have with countries where we don’t trust the legal system of that country to respect fair rules – that is where investor-trade dispute resolution make most sense,“ said Fredrik Erixon from the European Centre for International Political Economy (ECIPE), a think-tank.

„We don’t have that problem between Europe and America. You don’t need an international tribunal in order to settle disputes. America has a problem with individual countries in Europe where they believe the legal system is ineffective,