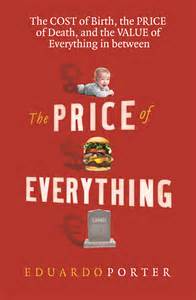 In some respects, 1988 has the feel of an alien, distant era. There was no such thing as the World Wide Web then. The Soviet Union was still around; the Berlin Wall still standing. Americans elected a Republican president who would raise taxes to help tame the budget deficit.

The statistic is staggering — hardly what one would expect from one of the richest and most technologically advanced nations on the planet.

I have written several times before about how measures of social and economic well-being in the United States have slipped compared to other advanced countries. But it is even more poignant to recognize that, in many ways, America has been standing still for a full generation.

It made me wonder what happened to progress.

Consider: 36 years ago this month, when NASA launched the Voyager 1 probe into space, 11.6 percent of Americans were officially considered poor. The other day Voyager sailed clear out of the solar system into interstellar space — the first man-made object to do so — recording its environment on an 8-track deck.

Using the same official metric — which actually undercounts the poor compared to new methods used by the Census today — the poverty rate is 15 percent.

To be sure, we have made progress over the last 25 years. The nation’s gross domestic product per person has increased 40 percent since 1988. We’ve gained four years’ worth of life expectancy at birth. The infant mortality rate has plummeted by 50 percent. More women and more men are entering and graduating from college.

We also have access to far more sophisticated consumer goods, from the iPhone to cars packed with digital devices. And the cost of many basic staples, notably food, has fallen significantly.

Carl Shapiro, an economist at the University of California, Berkeley and an expert on technology and innovation who stepped down from President Obama’s Council on Economic Advisors last year, calls the progress in information technology and biotechnology over the last 25 years “breathtaking.”

“Most Americans partake in the benefits offered by these new technologies, from smartphones to better dental care,” Professor Shapiro said. Still, he acknowledged, “somehow this impressive progress has not translated into greater economic security for the American middle class.”

In key respects, in fact, the standard of living of most Americans has fallen decidedly behind. Just take the cost of medical services. Health care spending per person, adjusted for inflation, has roughly doubled since 1988, to about $8,500 — pushing up health insurance premiums and eating into workers’ wages.

The cost of going to college has been rising faster than inflation as well. About two-thirds of people with bachelor’s degrees relied on loans to get through college, up from 45 percent two decades ago. Average student debt in 2011 was $23,300.

In contrast to people in other developed nations, who have devoted more time to leisure as they have gotten richer, Americans work about as much as they did a quarter-century ago. Despite all this toil, the net worth of the typical American family in the middle of the income distribution fell to $66,000 in 2010 — 6 percent less than in 1989 after inflation.

Though the bursting of the housing bubble and ensuing great recession takes a big share of the blame for families’ weakening finances, it is nonetheless startling that a single financial event — only a hiccup on the road to prosperity of Americans on the top of the pile — could erase a generation worth of progress for those in the middle.

Though the statistics may be startling, the story they tell is, unfortunately, not surprising. It is the story of America’s new normal. In the new normal the share of the nation’s income channeled to corporate profits is higher than at any time since the 1920s, while workers’ share languishes at its lowest since 1965.

In the new normal, the real wages of workers on the factory floor are lower than they were in the early ’70s. And the richest 10 percent of Americans get over half of the income America produces.

“Almost all of the benefits of growth since the trough of the Great Recession have been going to those in the upper classes,” said Timothy Smeeding, who heads the Institute for Research on Poverty at the University of Madison-Wisconsin. “Middle- and lower-income families are getting a smaller slice of a smaller economic pie as labor markets have changed drastically during our recovery.”

This story is about three decades old.

In 2010, the Department of Commerce published a study about what it would take for different types of families to achieve the aspirations of the middle class — which it defined as a house, a car or two in the garage, a vacation now and then, decent health care and enough savings to retire and contribute to the children’s college education.

It concluded that the middle class has become a much more exclusive club. Even two-earner families making almost $81,000 in 2008 — substantially more than the family median of about $60,000 reported by the Census — would have a much tougher time acquiring the attributes of the middle class than in 1990.

The incomes of these types of families actually rose by a fifth between 1990 and 2008, according to the report. They were more educated and worked more hours, on average, and had children at a later age. Still, that was no match for the 56 percent jump in the cost of housing, the 155 percent leap in out-of-pocket spending on health care and the double-digit increase in the cost of college.